“When I’m writing from a character’s viewpoint,” says Game of Thrones author George R.R. Martin, “in essence I become that character; I share their thoughts, I see the world through their eyes and try to feel everything they feel.” Determining which viewpoint to take in your story makes all the difference. Need to shake up your editing? Part II of our perspective series looks at the effect 3rd person points of view might have on your readers.

Option #1: You can limit yourself.

The new girl took a deep breath and stepped farther down the aisle. Nobody would look at her. Park tried not to, but it was kind of a train wreck/eclipse situation.

The girl just looked like exactly the sort of person this would happen to.

Not just new—but big and awkward. With crazy hair, bright red on top of curly. And she was dressed like . . . like she wanted people to look at her. Or maybe like she didn’t get what a mess she was. She had on a plaid shirt, a man’s shirt, with half a dozen weird necklaces hanging around her neck and scarves wrapped around her wrists. She reminded Park of a scarecrow or one of the trouble dolls his mom kept on her dresser. Like something that wouldn’t survive in the wild.

The bus stopped again, and a bunch more kids got on. They pushed past the girl, knocking into her, and dropped into their own seats. . . .

The girl started moving toward the back of the bus. Right into the belly of the beast. God, Park thought, stop. Turn around. He could feel Steve and Mikey licking their chops as she got closer. He tried again to look away.

3rd person limited perspective allows the reader inside the mind of one character.

Most books with strong protagonists are written in 3rd person limited. It connects the reader to the character without being overbearing (in the way that the relentless style of a 1st person narrator can be). This perspective has the same advantage as 1st person in that the reader is party to the thoughts, motivations, and emotions of just one character—and it’s got the same limitations as 1st person, as limited perspective only gives you a peek into the mind of that character. On the other hand, not knowing what’s going on in the heads of other characters can drum up narrative tension, as it does in the excerpt from Eleanor & Park in which we wonder and slowly discover, along with the protagonist, what’s up with the new girl.

Where do good authors go bad in 3rd person limited? By writing a narrator whose voice competes with that of the protagonist, or by going into unremitting detail about a character’s setting or backstory without letting the character act. Show, don’t tell, still applies here.

Option #2: You can look at all sides of a story.

[Willoughby] apologised for his intrusion by relating its cause, in a manner so frank and so graceful that his person, which was uncommonly handsome, received additional charms from his voice and expression. Had he been even old, ugly, and vulgar, the gratitude and kindness of Mrs. Dashwood would have been secured by an act of attention to her child; but the influence of youth, beauty, and elegance, gave an interest to the action which came home to her feelings. . . .

Marianne herself had seen less of his person than the rest, for the confusion which crimsoned over her face, on his lifting her up, had robbed her of the power of regarding him after their entering the house. But she had seen enough of him to join in all the admiration of the others, and with an energy which always adorned her praise. His person and air were equal to what her fancy had ever drawn for the hero of a favourite story . . . .

3rd person omniscient perspective gives the reader insight into the minds of all characters.

Got a bevy of fascinating characters whose motivations and emotions you want to explore? Then 3rd person omniscient is the perspective for you. In this method of storytelling, the reader is privy to the thoughts and feelings of all the characters (here, we get the satirical double estrogen punch of Marianne and Mrs. Dashwood’s affection for Willoughby, for example). Think of this as a god’s eye view of the story.

If you’ve got a relatively tight cast of characters with interesting perspectives, omniscience can work well. However, if you have too many characters, you risk exhausting your reader. Worse yet, if you move too quickly from one character to the next without a distinct narrator, you’re head-hopping—and that can cause reader whiplash. Make sure you’ve got a (light) narrative voice threading every perspective together, and consider using scene breaks or chapters to give your reader a visual clue as to when the shift is coming.

Consider how close you want to be to your audience, and the type of character(s) driving your story. You can’t get much closer than 2nd person point of view, which puts the reader in the driver’s seat. 1st person perspective allows the protagonist to tell his own story in his own words (great for Holden Caulfields with idiosyncratic style), while in 3rd person limited, the story is just one step removed from that protagonist through the voice of a narrator. Finally, 3rd person omniscient allows the reader an umbrella perspective that covers all characters. 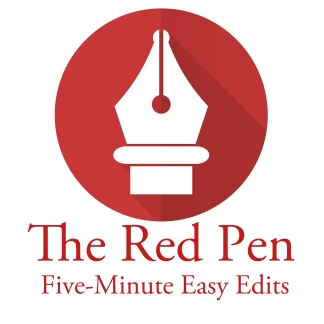 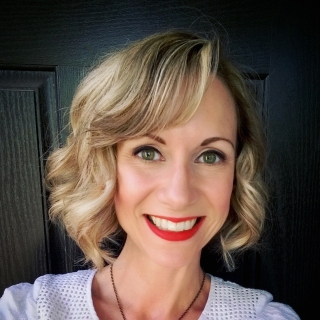