You’re a writer, which means you’ve probably achieved a certain level of grammatical smugness—enough to muster a Dowager Countess of Grantham-worthy eyeroll at a misused their/there/they’re in a sign, or at a colleague saying supposably instead of supposedly, at any rate. But there are some words that have even the most precise of us googling. Here are four commonly misused words to master.

Is your Regency romance heroine irritated? For the love of all that is good, please don’t have her leave in a fit of peek. (That means to see something.) And a fit of peak sounds lofty, but you might be talking mountain climbing, as that word means the highest point. Certainly, a fit of pick is hardly choice. It’s a grave mispronunciation only good for comic relief—the word you want for your fictional sophisticate is pique, pronounced /pēk/.

(Your heroine could, however, storm off in a fit of pique when the Duke of Deptford doesn’t pick her for the quadrille…even though he peeked at her through the widow while they were visiting in the Peak District just two weeks ago—the nerve!)

Writing the next Jason Bourne? When your action hero is under great duress, please don’t talk about the burdens he’s born. What does that kind of born mean? Well, when a man and a woman love each other very much….you get the point. Born means the beginning of life. The word you want is borne, the past tense of the word bear—not the grizzly kind and certainly not the nudity kind, but the verb that means to carry.

(Of course, perhaps the most serious disaster your hero has ever borne was the day when his archnemesis, Jason Bourne, was born.)

Your noir fiction is wrapping up and your antihero is about to take down corruption on the mean streets of Chicago in the gun battle to end all gun battles. Might he want to home his trigger skills first? I hope not—home is where he lives. (And his mother might have some objections to bullet holes in the kitchen wall, after all.) As a verb, though, home can mean to zero in on. If you’re going for precision, the word you’re sniffing out here is hone, which means to sharpen or perfect.

(Please feel free to have him home in on his target after he’s honed his Tommy Gun skills.)

Congrats—your YA heroine is Harvard-bound! Don’t have her pouring over her books before the SAT. There’s no reason she’d want to spill her La Croix all over her desk. Pour means just that—to cause something to flow in a stream, as a liquid. And she’ll be poor indeed (lacking material resources) if you let her speak that way. Instead, your future valedictorian is poring over her notes. You might be more familiar with pore as a noun, which has reference to a minute opening (like the ones in your skin), but the verb version, usually used with the word over, means to study or read intently.

(Any smart girl, however poor she might be, can pour herself a La Croix, smooth on a pore-cleansing mask, and pore over her SAT notes so she can get that scholarship!) 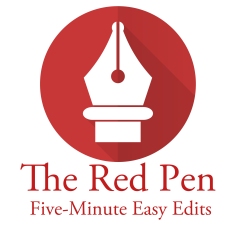 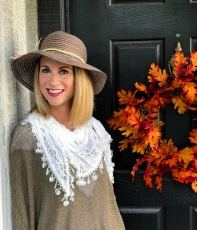 Merry Gordon is silently correcting your grammar. A freelance editor and writer, Merry also has nearly two decades of experience teaching English at the high school and college level.

Are you a word nerd too? Click here to learn about Pink Umbrella Editing Services, and follow our blog for writing and editing tips.